How It All Began

Excerpt from "Confessions of a Brush Peddler" by Jack Richeson

Memories are sometimes like snapshots from a camera. As I sip the first of my ever-so-good Manhattan, I'm thinking of my Aunty “O”. My parents called her Mrs. Kozil, but as I grew up, I called her Aunty “O” because I couldn't say Kozil.
It was October of 1932 and Dad was out of work. Mom, Dad and my three sisters were living in the basement of an abandoned tenement at 3400 North Springfield Street in Chicago. I wasn't there yet but would appear in the next fifteen minutes. Mom was in hard labor and she was trying to get the girls ready to deliver another sister. The girls - Rosalie was eleven, Betty - sixteen and Mary Louise was big sister at seventeen - were scared to death to think of delivering a baby. Rosalie had run down the street to get Mrs. Kozil to come and help.
Mrs. Kozil was a large woman. She swept off the large oak kitchen table and sent the girls out to beg, borrow or steal candles. There was no electricity in the building. Aunty “O” washed off the table and then covered it with several old sheets. The girls came back with five or six candles and another neighbor, Mrs. Zangerle, who had a flashlight. The two ladies helped my mother up on the table and tried to calm her through a rough delivery.
Fifteen minutes later young Jack Richeson entered the world screaming like hell. My mother out-screamed everyone, but not out of pain alone. She couldn't believe she had a boy. My father, who had been out in what had been an old laundry room drinking with Mr. Kozil, came in singing “Danny Boy”. He told the world that my name would be Danny Runyon Richeson. My mother now holding me, screamed back that my name would be Jack and that after finally having a son she would not have him named after another drunken Irishman. She couldn't change his nationality but she could make sure that he would never drink, he would go to college and he would be someone.
Oh, sorry, Mother, you missed on all counts. I could never sing like my father, but I was blessed with all his other bad habits - wine, women and listening to other people's songs were to be the roadmap for a great part of my life." 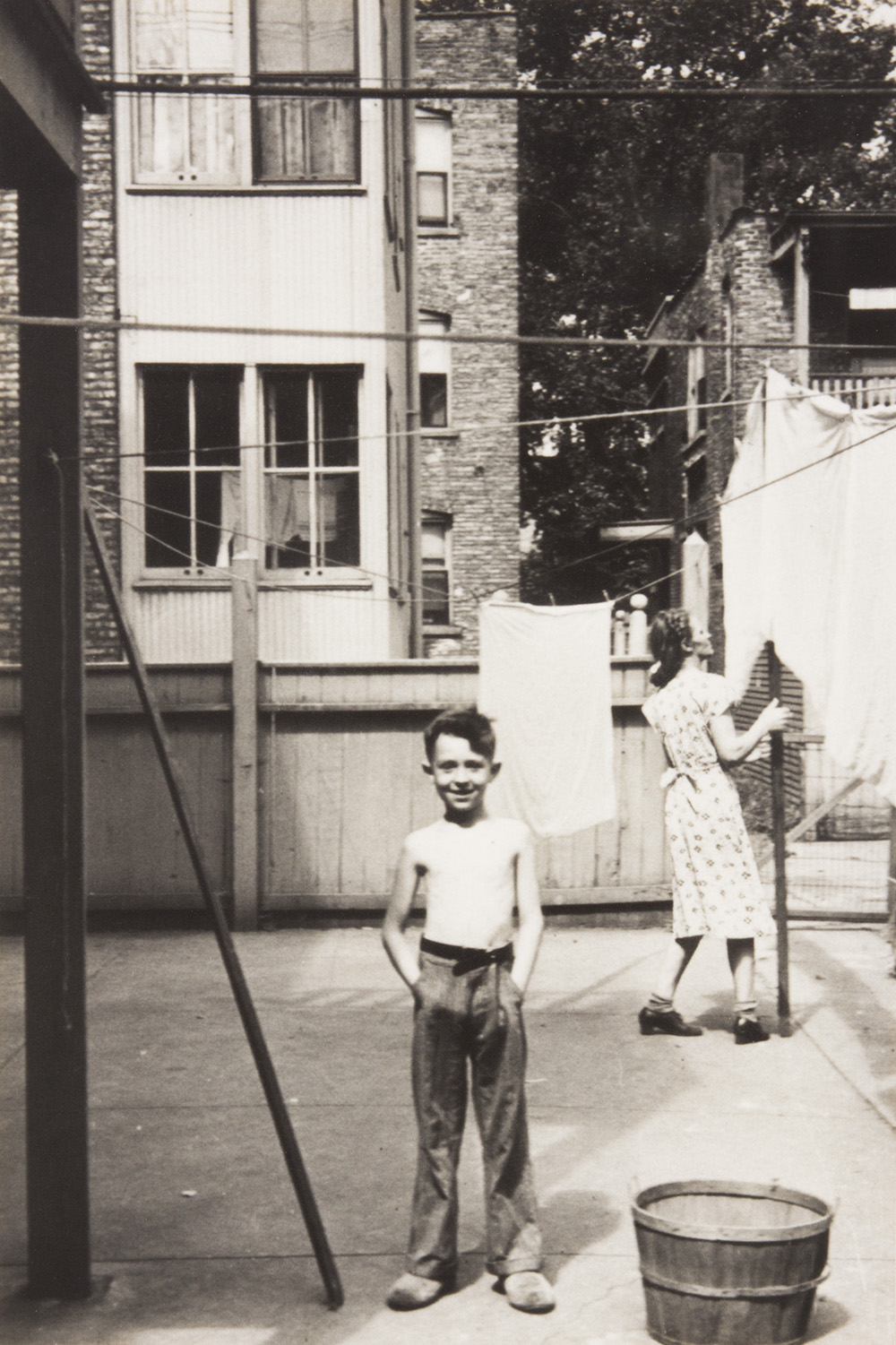 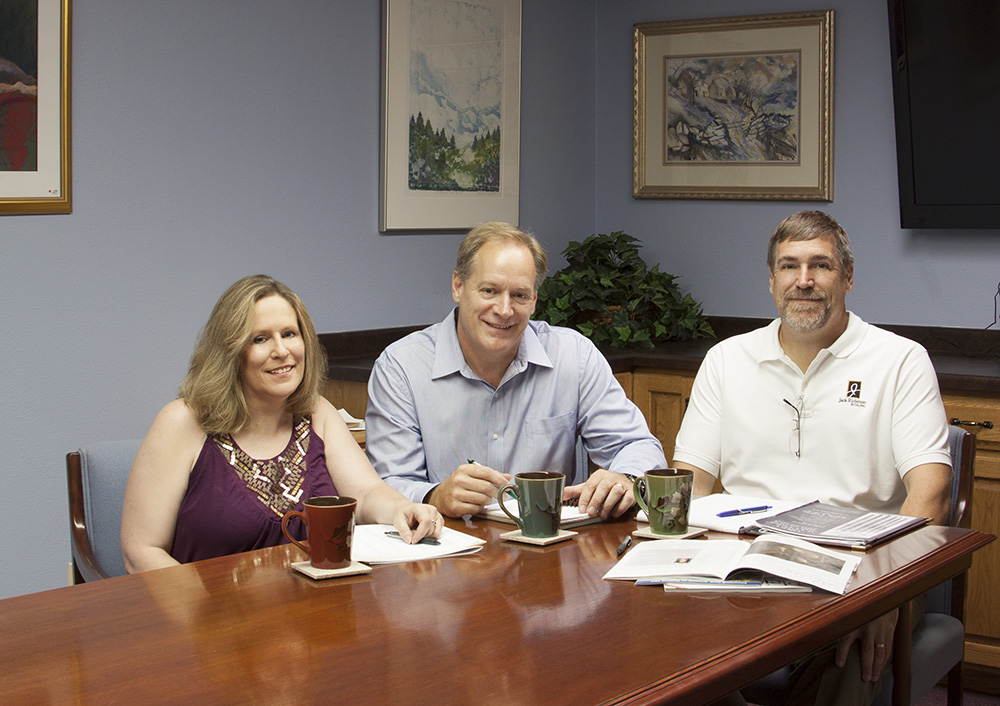 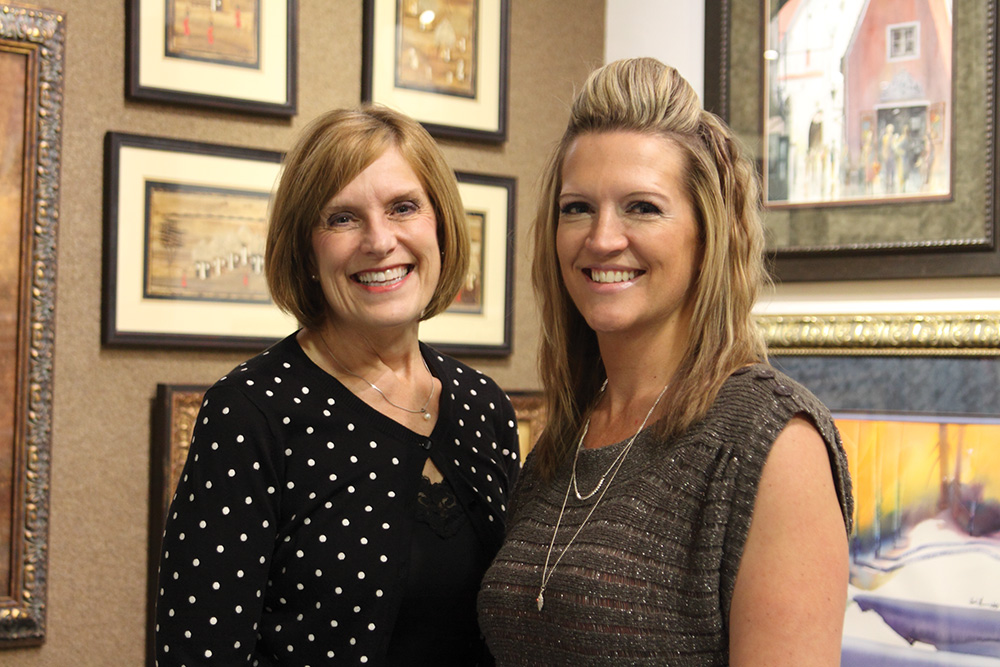 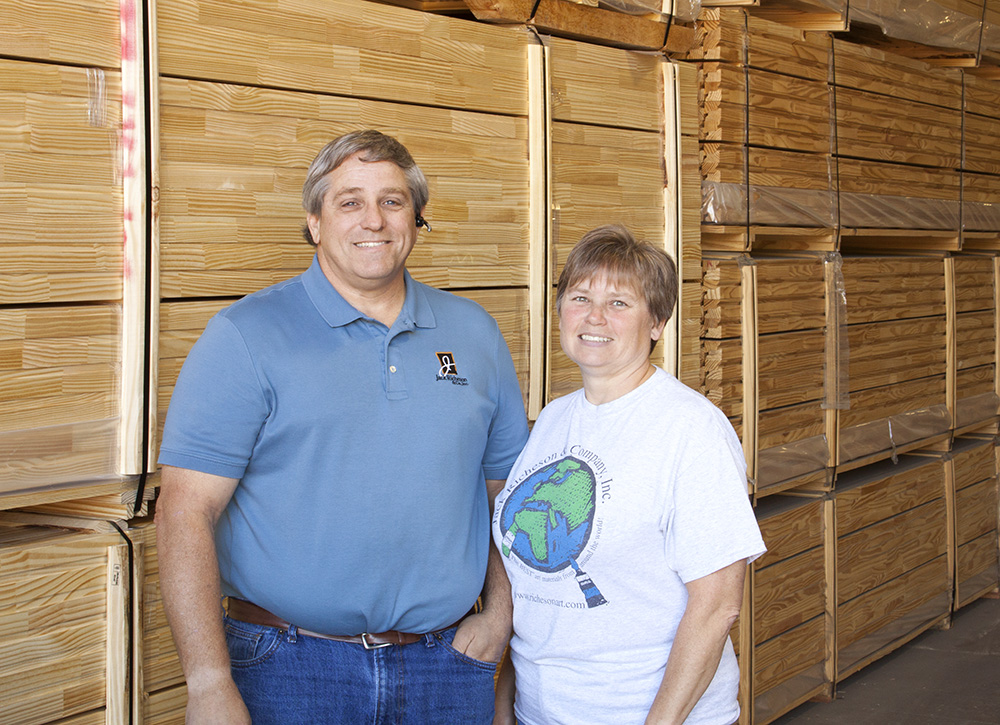 An Irish dreamer from his birth in 1932, Jack wrote his first business plan at the young age of 17. The goals were clearly identified: he wanted to be a painter, and he wanted to get rich. How is that for simplicity? He had been requested to remove himself from high school his senior year. From the stories told over the years, it was hardly because of exemplary behavior or that he excelled past the education the school could offer. In spite of this, he somehow got accepted into the Art Institute of Chicago. Again, he was requested to remove himself. The term “Attention Deficit” had not yet been recognized. The phrase of the day was “There goes a Bad Kid.” It was obvious that his plan was going nowhere. The smart ones reassess and redesign. “The Survivors” rely on luck and evolution.

Jack's luck turned when he was rescued by Sheldon Goldman - the owner of the prominent Chicago art supply store Sheldon's - after Jack attempted to steal the hubcaps from Sheldon's gorgeous 1938 LaSalle. Sheldon took Jack under his wing. He learned the art supply business from the ground up. He started as an errand boy, then moved from truck driver, to clerk, to salesman, to manager, to entrepreneur. Every step along the way was with the assistance of his painter friends.

Jack enjoyed and benefited greatly from the coaching and teaching of amazing well-known painters such as Ben Stahl, Sessions, and Haddon Sunbloom. He has enjoyed the friendship of modern day legends such greats as Ramon Kelley, Burt Silverman, Daniel Greene, Ray Kinstler, Kate Palmer, Robert Tanenbaum, Steve Quiller, Urania Christy Tarbet, Buffalo Kaplinski, Skip Whitcomb, Brenda Mattson, Chris Van Winkle and Tom Fong. The list goes on FOREVER - there are just too many to list them all. They all coached, prodded and unknowingly helped write Jack's plan. They gathered the family together and seduced them into the wonderful world of art. This journey would take the Richesons from storing stock in the attic of an 1890s Victorian home near Downtown Appleton, Wisconsin to the amazing building that now houses Jack Richeson & Co.

In the early 1950s, Jack took a brief time out from Sheldon's while he served in the Army. It was here that he met young Ruth Hinde in Rushden, England while stationed at Chelveston Air Base. The love between the two is the "stuff" romance novels are made from.

After Jack was released from the Army, they married in Chicago. Jack went back to work at Sheldon's, and they began their family. From Sheldon's, Jack went on to work with Bob Sachs and Favor Ruhl; eventually opening a couple of craft stores in the Chicago Suburbs. In the mid-1970s, Jack was National Sales Manager for Grumbacher. During the late 70's Jack was offered a position as President of Morilla and the family moved to Massachusetts. At 50 years old, Jack found himself in the middle of major corporate changes at Morilla. The end result was a move from Massachusetts to Appleton, Wisconsin with Ruth and the two kids who were still living at home. The move resulted in the birth of Jack Richeson & Co., Inc.

In the mid 90s Ruth began to experience significant health issues. In spite of this, she continued to be a strong influence on the company and an encourager to her family. Sadly in 2000, the family lost Ruth to lung cancer. A void was created in their lives that could never be filled. Several years after losing Ruth, Jack met a bright, bubbly Scottish Blue Badge Guide on a business trip to Britain, who had herself lost her mate years earlier. Jack and Linda were married in 2004 at Gleneagles, Scotland.

In years past, Darren's wife Michelle ran the graphics art department. Today Michelle is a well-known professional painter. Many of her pieces are on display at the Richeson School of Art and Gallery. Colleen's husband Greg handled purchasing for a couple of years after retiring from the USAF. The Company has provided summer and holiday work over the years for teenage and college grandchildren as well as for the children of many employees.

Jack's love and fascination with art, artists and materials has spread through the family. All of the families are collectors. Over 400 pieces from Jack's private collection can be seen on the walls of the Richeson School of Art and Gallery, along with amazing pieces from some of today's great painters.

The very first time a young Jack Richeson met an artist, the seeds of a dream were planted. The first buds resulted in a strong desire to own one of these precious miracles he watched artists create. As a young man and soon one with a growing family, it was a faraway dream. It would be years before Jack owned his first painting, and each year the yearning grew stronger.

In the early 1980s with a small start-up company called Jack Richeson & Co., Inc, Jack became fast friends with well-known watercolorist Zoltan Szabo and a young Colorado painter, Stephen Quiller, who was developing quite a reputation of his own. These friendships offered Jack the opportunity to be able to own his first real paintings. With each painting his hunger for more paintings grew as did his passion to support the artists who painted them.

As the company grew, Jack began the tradition of giving each of his children a painting at Christmas. Jack's passion for owning more amazing pieces spread throughout the family. Today the family's personal collection numbers over 900 pieces. That passion and those collections created a new challenge for Jack. Everyone ran out of walls!

What if we were to place a Gallery and School of Art right here in the Kimberly building? Jack's dream grew to include not only expanded space for the family collection, but a place where school children could come to see the works of modern-day painters. It would be a place where "children" from the very young to those 100+ could see that they too could learn to paint regardless of their age.

As Jack made plans with the family, it was determined that the school would be a vehicle to reach out into the community. It would be a place where artists of any level could meet for Open Studio during the week, learn from each other and share experiences. The dream grew to include a place to sponsor national workshops for people to learn from modern masters in a variety of mediums.

Today the building houses an amazing 25,000 square foot Gallery and School of Art. The School is nestled in a large octagon shaped area in the center of the Gallery, creating an environment that encircles students with amazing pieces of art as they take a class or attend open studio. The classroom is large enough to accommodate two classes, each with twenty students. The lighting has been specially selected to provide the best possible light.

The Gallery surrounds the School. The walls are filled with modern-day masterpieces, and it is a place that offers tranquility and visual pleasure to anyone who visits. Most recently added is the Zoltan Szabo collection of nearly 50 watercolor pieces. Each of these very special paintings captures the essence of most of the States in the U.S. as well as the Provinces of Canada. Local artists, as well as nationally known painters. have their work on display and available for purchase. In the Gallery, several walls are reserved to display a rotation of local shows and the top selected entrants of the International Richeson75 Competitions.

The Dream Continues to Grow

In 2014, Jack Richeson & Co., Inc. was pleased to add Shannon Piette as Director of the Richeson School of Art and Gallery. Shannon is a graduate of UW Stevens Point with a degree in Studio Arts and Business. Shannon has brought energy, enthusiasm as well as a personal commitment to make the Gallery and School of Art a destination place for artists everywhere. 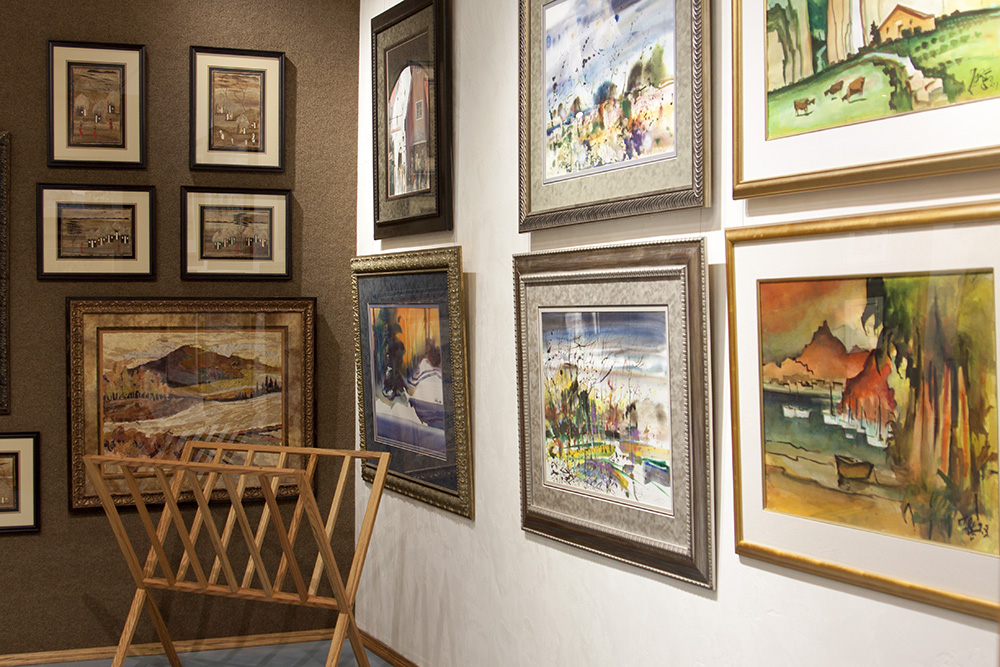 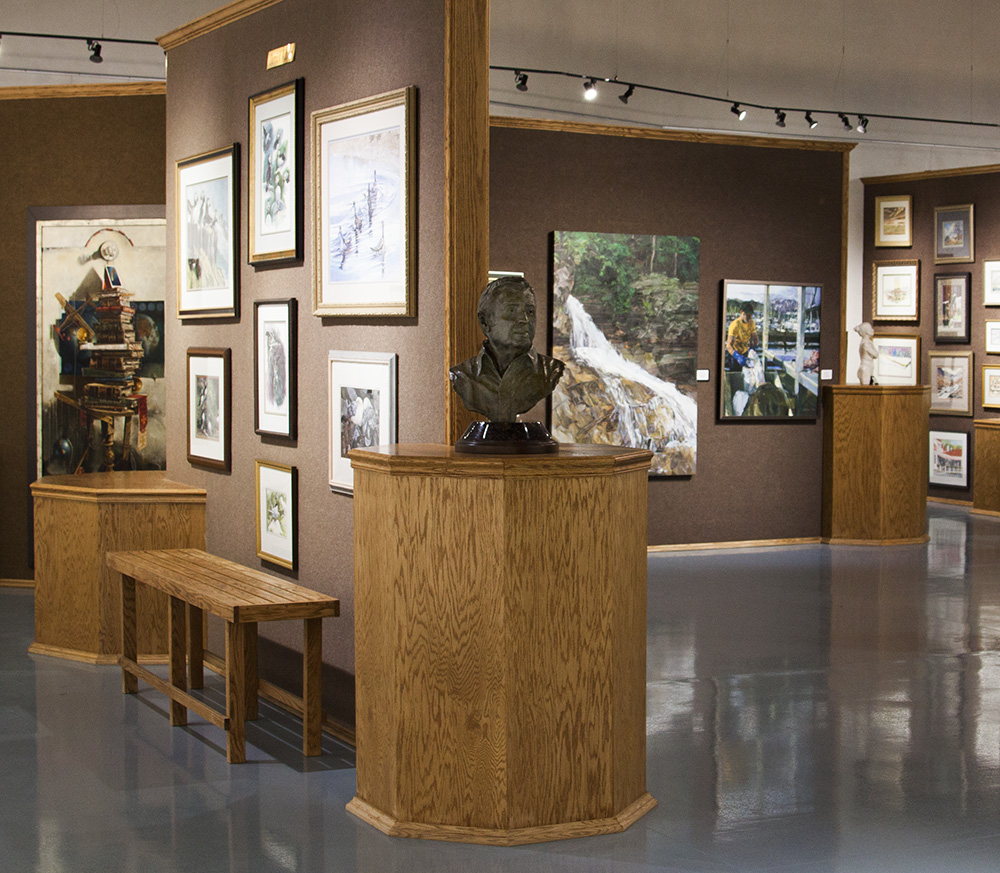 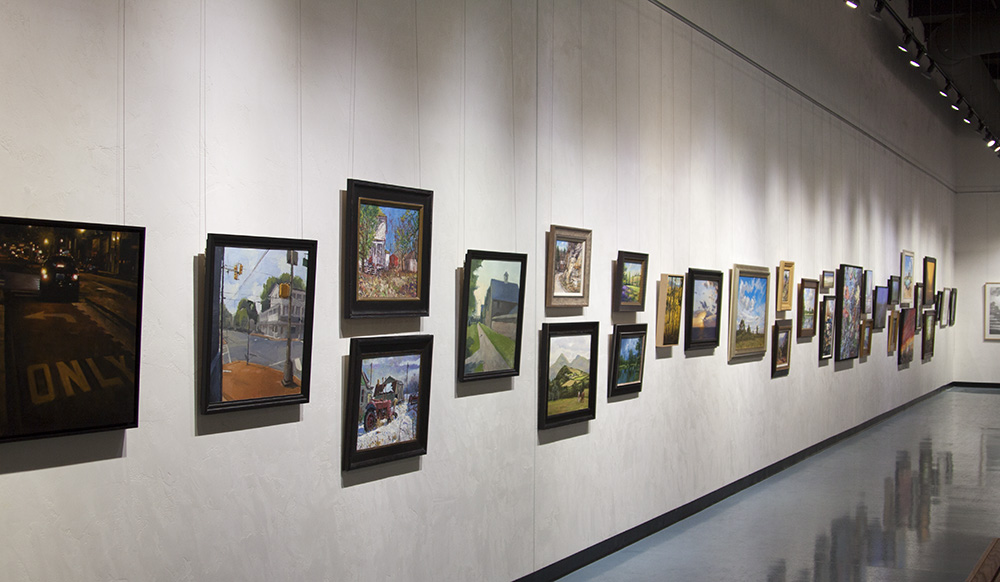